Displays a product/service in a completely different way than image and text.

A product film will help you sell a specific product or service.

The film gives a short description of the product and fields of application. For example, we may film a product and then add graphics and a voice-over or text. At the end of the film, we can add your contact information and a specific message.

and has a wide network of contacts. It makes us able to over any day remake a product video to German, Italian, an English dialect or a Nordic language. 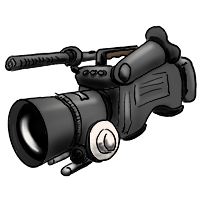 Most films we produce are not animated, but recorded with a video camera. A product film is more selling than an instructional video. If a product film for example is showing a better machine does not need to explain all the features and details. but give a sense of the big picture and what it could mean for the customer. Because the film doesn’t always have to show all the details, they are often shorter. Sometimes our customers have a product film for a trade show. Because it tends to be a certain volume of trade shows and Exhibitor often only have a few seconds to capture a visitor’s interest, we adapt films to that. That is why a film to be shown at a trade show is often silent and has large images that give the Exhibitor’s product video more attention. 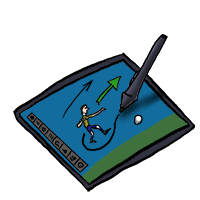 Sometimes we also make 2D-animated and 3D animated product films. It might be good if your product is not listed or to show functionality of the inside that is impossible to film. 2D-animated films can quickly show a product’s different uses. One advantage of 3D animation is that we can reuse an object in multiple films, on the Web or in brochures or in other printed material. Sometimes we mix a film with both filmed material and animations. We also have made films that are added into the apps. We divided the film into several parts, and when you click on a certain part to see just that part. An app with film can be useful to have on the fair or at the customer and can quickly view a specific functionality. 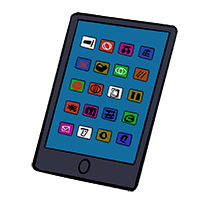 We also make film to companies that want to show off a piece of software. Sometimes we have filmed the screen but if that is a longer clip to be shown is the better looking with a capture-screen recording. A capture-screen recording is simply to record what you do on your computer or cell phone with a program. Then we edit it just like a regular product film. We can also make the mouse pointer larger to make it easier to follow and see what the user is doing. We can also add simple graphics like a underline or circle to something that is important. Then we record a voice-over, as well as low background music that fill out the blanks.